Why Pakistani youth are fond of foreign culture?

Why Pakistani youth are fond of foreign culture?

While the world of science and technology is undergoing a series of revolutionary and astonishing changes, the world is also witnessing dramatic changes in the fields of arts and culture. These are changes whose effects are universal.

Pakistan is also witnessing cultural changes and modern and various forms of expression in the fields of art, while the means of entertainment of the common people and their quality has also changed which is a natural thing. Similarly, artists are innovating their talents with innovation and innovation, but can this society easily accept the forms of culture and art that it used to reject in the past as imitations of others? Is. Today, in a time of globalization, instead of embracing cultural diversity and diversity, we see it as Western and European propaganda and an attack on the thousands of years old traditions and culture of the subcontinent. 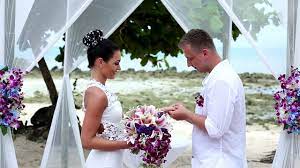 Not only Pakistan but a Korean band called BTS (beyond the scene) is now popular all over the world. It's a band of seven young men from Seoul, Korea, formed in 2013. It was originally called 'Bangten Boys', which was changed in 2017. Today there are BTS lunatics in Pakistan too. The band, which started with hip hop music, is now going to establish its multicultural identity for which it is also using different styles of music and language. The band's young singers have also been named the most attractive men in Asia.

In this age of globalization, social media and digital platforms, which are available to every Pakistani youth today, are a great source of entertainment and entertainment. This band has gained special importance in this continuity. After the overwhelming acceptance and publicity of BTS on global media and social media, young people from different countries seem to be impressed by it and these singers are also being appreciated in Pakistan. Educated Pakistani youth say that with the changing world, it is important and necessary to get acquainted with the civilization and culture of the nations living in remote areas.

It is said that culture is a force and in today's world different nations are strategically promoting culture through their artists. It is true that these countries are strengthening their economies thanks to famous names in the art world and popular artists. The United States, France, Germany and other such countries are earning a lot of money by selling their cultural products to the world through their artists. In addition to music and singing, it includes stage performances, drama, film, various styles of painting and modern techniques, dance and lifestyle.

According to experts, Hollywood movies and other programs give the United States and other countries the opportunity to earn billions of dollars. Similarly, the singing and music sector is also giving financial benefits to its industry and the national treasury of a country. If we talk about BTS band and South Korean music known as 'K-Pope' which is a combination of music genres of many countries, it has reached a new level of development and a new style of singing in the world. And introduced the style, also known as the Korean Cultural Wave.

The main reason for the popularity of 'K Pope' is the strategy under which singers are being introduced to the world. The singers are employed by media marketing companies and undergo systematic training, including dance, music, lifestyle and language education. Language education is really about understanding the culture of other countries and bringing millions of music and singing fans living there closer to these singers. They are being taught English, Chinese, Japanese and other languages.

The effects of the Pope's cultural wave are felt not only in the United States but also in Japan, China, Australia, Singapore and other Middle Eastern countries and its popularity has increased in Pakistan as well. And these singers are also being criticized, similarly in Pakistan, apart from different cultural groups, the general public does not consider this kind of trend useful and effective. Fans of folk culture and local music and singing on social media are dismissing such cultural phenomena and experiences as unnecessary and pointless.
As it may be, this wave of music and culture may not be good, useful or suitable for our society in any way, but one thing that needs to be considered is that we take away the playground from our youth and make it positive and constructive. How can we protect ourselves from this onslaught by restricting the means of entertainment, depriving them of education and training in various fields of art? With financial aid that helps young people to express their talents and talents in their traditions and culture? How many opportunities and resources are there for talented young people to showcase their art and creativity while teaching digital media along with arts and crafts at government level in our country?

Not one, there are many examples - when the personalities associated with science and art were praised here in the world of Christmas only in condolence messages - and that's it. In these circumstances, if we want to fix our future and see the new generation connected with our traditions, civilization and culture, then it is tantamount to deceiving ourselves. If we want our young people not to adopt the lifestyle of others, their culture or to move further away from their own culture and civilization, we have to provide them with all the modern facilities and resources that give us a way of constructive and purposeful entertainment. Can be helpful in keeping the traditions and culture of the society alive.

The United States and China - a new Cold War